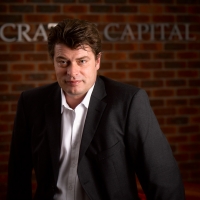 Markus started his career in the corporate finance department of the Credit Suisse Group, before joining SBC Brinson Asset Management Emerging Markets team in 1997. There he was assigned responsibility for the analysis and portfolio management for the equity markets of Greece, Portugal, the Middle East (including Israel) and Africa.

In 2000 he joined Coronation Fund Managers in Cape Town, South Africa, as a senior portfolio manager and global resources specialist, becoming the responsible fund manager for various retail products and institutional mandates. In 2001, he received the S&P Award for the best performing large cap equity unit trust in South Africa.

Markus has been the responsible advisor for the Craton Capital Precious Metal Fund since its inception in 2003, a fund enjoying recognition as one of the world’s top performers in its sector. He is also the advisor of the Craton Capital Global Resources Fund.

“I started out in corporate finance in Switzerland, in 1995. The analysis and the assessment of small to medium sized enterprises was an invaluable practice ground for learning what makes these companies tick - or not.

I was always attracted by asset management and its complexities and challenges, and fortunately a couple of years later I was given an opportunity at SBC Brinson Asset Management to enter the industry. Subsequently, I became an analyst and fund manager for parts of the emerging markets universe.

I began to get intensively involved in what later became the Craton Capital universe: precious metals and commodities, on both the company and macro level. As an analyst, I was also involved in other sectors (financial institutions, technology and industrial companies) which gave me from day one a comparative exposure to other sectors, a broader perspective which served me well, and has continued to do so right up to the current date.

In early 2000, I emigrated to South Africa, where I took responsibility for funds and mandates at Coronation Fund Managers in Cape Town.

Advising and investing became and remains a passion; independence a constant theme. Precious metals and global resources always fascinated and intrigued me as among the most complex and challenging of all asset classes, amalgamating to the highest degree company analysis and macroeconomics with fiscal policies, corporate achievements (or shortcomings), grand triumph and abject failure on an epic global scale.

The establishment of Craton Capital in 2003 was almost inevitable: the only logical route to fulfill this passion and the vision for independence.” 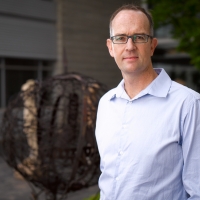 Douglas Orsmond is an analyst and deputy manager for the Precious Metals Fund.

Douglas has a Bachelor of Science degree in Chemical Engineering and a Graduate Diploma in Engineering Management from the University of the Witwatersrand in Johannesburg, and was awarded the Chartered Financial Analyst Charter in 2002.

He began his career as a metallurgist at Western Areas Gold mine in 1994 before moving to London, where he consulted to organisations like the BBC and Woolworths, doing financial modelling for a variety of clients, before returning to South Africa in 1999.

At Alexander Forbes Asset Consultants he advised institutional clients on their investment strategy and asset manager selection, and managed the transition of client portfolios between fund managers.

From 2003 he worked at JP Morgan as a research analyst, in gold and later platinum. He joined Craton Capital in 2006.

“I started out studying chemical engineering – focusing on the mining side rather than petrochemicals side of the industry, as I was on a scholarship from a local mining house. I was with them for around nine years all told, mostly on the gold side, but also with some experience in their platinum division.

Studying for the Graduate Diploma in Engineering Management increased my exposure and interest in how the financial considerations relate to engineering and mining issues. This interest, and of course the available work opportunities, led me into the financial modelling area when I moved to London, where I worked for organisations like the BBC and Woolworths – nothing to do with mining, but good for developing my financial skills. When I came back to South Africa, I continued in the financial sector, working at Alexander Forbes in a specialist department advising South African pensions on their fund managers, while also studying for the CFA – an excellent qualification for an engineer looking to enhance his financial skills and credentials.

Moving to JP Morgan as analyst for the South African gold sector was a great move, as it covered both sides of my developing skills base, the engineering and the financial. It was the best possible grounding for what I do here now at Craton: understand companies – both on the technical, mining, engineering side, and on the business side – understanding the finances, and getting a feel for how the company really stands, and how it’s going to be perceived by the markets.” 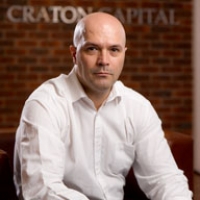 Mauricio Radovan is an analyst for quantitative research and research automation tools.

He has over 15 years of experience in professional software engineering, spanning a number of platforms, programming languages and fields of industry - with special expertise in the design and implementation of database and tailor-made business software systems.

Mauricio joined Craton Capital in 2005. He holds a Masters degree in Computer Science from the University of South Africa.